Getting to Know the Princess Parrot

Getting to Know the Princess Parrot

Describe the similarities and differences of physical characteristics in diverse organisms.

Explain mechanisms organisms use to adapt to their environment. 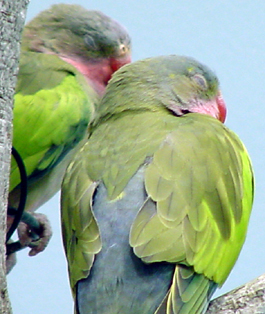 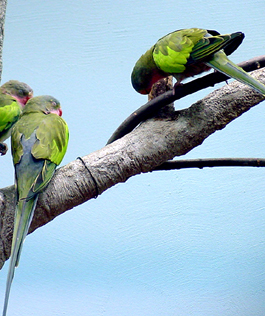 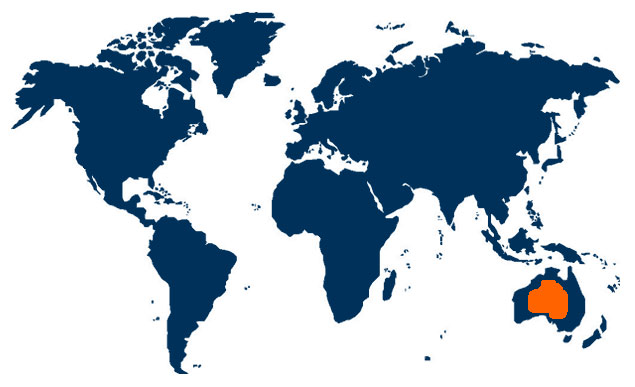 The Princess Parrot is an Australian species of parrot.

The Princess Parrot is widely distributed across central Australia, but tends towards scrubland and arid woodlands. 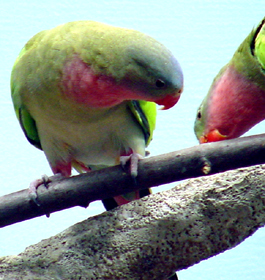 This is a medium to large parrot, about 16 inches tall and a long tail. It is predominantly a pastel-olive green in color with green patches on the shoulder. It has a lilac forehead and rump, and a pink throat. The eyes are orange, and the beak is a coral color. Females and juveniles tend to be more diluted in coloration with a shorter tail. 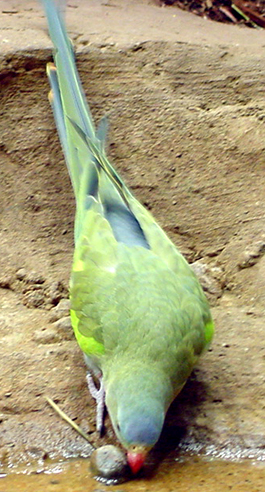 The Princess Parrot is one of Australia’s most elusive parrots. Princess Parrots are highly nomadic. The Princess Parrot is extremely elegant in flight. They move with an almost lazy grace in small flocks. Their call sounds like “krrt” or “queet-queet”. Males perform a courtship display for the female prior to mating. The male flies around the potential female bowing to her when he lands. He then ruffles up his head feathers and tightens his body feathers. He partially opens his wings and runs rapidly back and for the while chattering. This display is followed by feeding the female treats throughout the day and copulation. 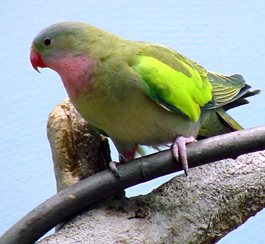 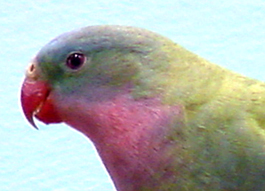 Sexual maturity is reached at around two years of age. Breeding can take place at any time and is preceded by the courtship display. A tree hollow close to the ground and lined with wood dust is the usual nesting site for the clutch of 4-6 eggs. The female Princess Parrot incubates the eggs for approximately 21 days. 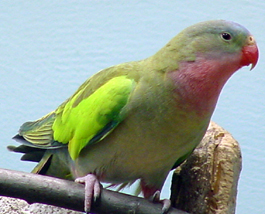 The initial discovery of the Princess Parrot was made by an ornithologist in 1865. In 1883, John Gould was first to describe the species and named it after Princess Alexandra, the daughter of the King of Sweden. She later became the Princess of Wales.

Princess Parrots do very well in captivity if held in a large aviary and can be housed in flocks or with other birds. 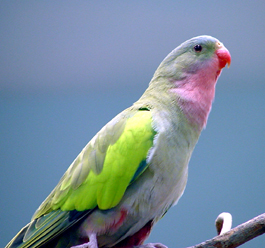 Due to the rarity of these birds historically, no qualified determinations can be made regarding status at this time. 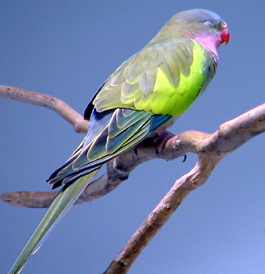 As the third oldest zoo in the United States, the Buffalo Zoo houses some of the world's most exotic and endangered wildlife. In collaboration with the Center for Applied Technologies in Education, the Buffalo Zoo has provided these animal profiles to offer a glimpse into the diversity of the Zoo’s collection.